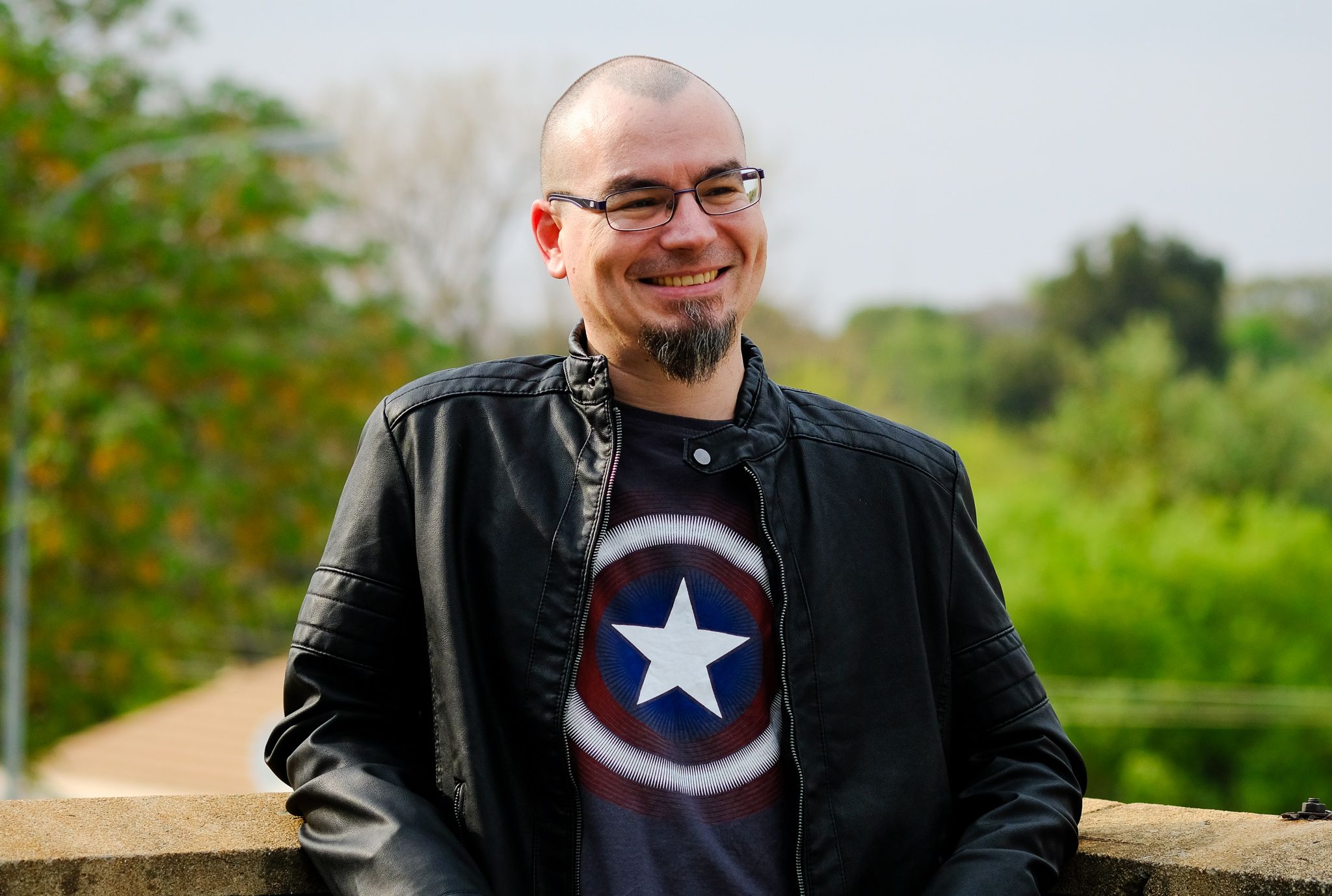 Sometimes "just be positive" isn't enough to get you through a life changing medical trauma. Hear more about one Stage IV patient's view that positivity isn't sustainable if you ignore your feelings about a cancer diagnosis.

In September of 2016, I received a phone call from my general practitioner. It followed the usual cliches—he wanted me to drive to his office immediately, and when I requested the news over the phone, he asked if I was sitting down. A bout of gout, a few nosebleeds, and a spot of bruising in my early 30s turned out to be chronic myelogenous leukemia, a lifelong condition that—luckily, in my case—is well-treated with medication called tyrosine kinase inhibitors, or TKIs.

Pre-treatment and pre-second opinion, I was all but catatonic. Once the shock passed, I coped with the diagnosis with an unhealthy amount of dark humor, dropping the news on friends like a bomb while gleaning an odd form of joy from their reactions. I told anyone who would listen that I got the best possible cancer, as if I had ordered mine from a menu. I felt that I needed to stay “strong” for the people around me, and that was the only way I knew how to do it.

My approach to a cancer diagnosis could have been healthier—had I known what that might have looked like.

Cancer sufferers and survivors are often discussed in terms of how strong or positive they remain: from cancer diagnosis to treatment, all the way up to succumbing to the disease, should the worst happen. But what’s talked about less is just how difficult that can be on those with cancer, as well as those around them. “Remaining positive” places an enormous amount of pressure on everyone involved, often to the detriment of their quality of life.

Cancer isn’t always discussed in detail by the people that have it, even if their knowledge on the subject is extensive. Mine certainly was: In the time from my initial diagnosis to the second (and third) opinions - a polymerase chain reaction test confirming the reasons for my minor instances of leukostasis and elevated white blood cell count - I learned everything I could about the disease.

That’s because all the news seemed like bad news. Any cancer diagnosis, from minor instances of melanoma to the revelation of stage 4 colon cancer, is life-changing. And in the moment, delivering “bad news” doesn’t feel very fair to your friends, family, loved ones or coworkers. After all, it’s your cancer. It’s your problem to deal with. At least, that’s how it feels. You’re already sick, you’re already going to be a financial burden—it’s understandable wanting to avoid feeling like a mental or emotional one too.

So you resolve to only stay positive. And that’s a mistake.

Consider life before your cancer diagnosis. Even when the world was normal and everything in the universe made sense, you were never able to be all one thing, all the time. And expecting to be a cheerful beam of sunshine 24/7 while you face one of the most stressful periods of your life -- that’s not just unreasonable, it’s impossible.

Even so, many people with cancer place that pressure upon themselves all the time. Completely normal reactions—like fear, sadness, anxiety, depression, and guilt—are all stuffed away and ignored in an attempt to keep a brave face. But ignoring these human emotions involves far more negative consequences than you might think.

Yes, a positive attitude has its place in your treatment. You’ll need one. But you’ll pull it on like an overcoat when needed and discard it when you don’t. Your positive attitude isn’t a suit of armor, and it won’t protect you from everything that cancer will throw at you. Likewise, the unpleasant emotions aren’t there just to hurt you or the people around you. You’re supposed to feel them, and—if you’re willing to listen to them—they’ll help you endure diagnosis, treatment, progression, and, possibly, the prospect and fear of death.

Fear is the Mind-Killer

The secret to fear is that it’s only ever temporary—unless you refuse to feel it. Then it becomes a constant companion, looking over your shoulder and informing your every choice. It lurks, unacknowledged and unseen; it freezes the heart and stops the mind. It can stop you from living long before you’ve died. But if you feel it and let it pass, you’ll find yourself able to act when you must.

So-called "negative” emotions are sensations that you believe should be kept away from others. They’re your problem, much like cancer is your problem.

Only…that’s not really true, is it?

Your partner, siblings, parents, children—they’re all affected by this very real, life-altering event. They’re feeling many of the same emotions—heartache, sadness, worry, fear. They may be willing to share that with you, connecting in a way that isn’t possible when everyone is pretending everything is fine.

The demons you’re battling as a result of cancer? Your loved ones see that fight taking place, even if you can’t. Odds are that they won’t talk to you about it because they don’t know what you are experiencing. They’re afraid of increasing your burden. But if you’re honest about feeling these sensations, you can lead a life that’s more connected and intimate—even if it’s shorter than you would like.

Roman emperor and Stoic philosopher Marcus Aurelias once said that “death is…a mystery of nature…and altogether not a thing of which any man should be ashamed.” He is also credited (in the motion picture Gladiator) with saying “Death smiles at us all; all we can do is smile back.” Any cancer diagnosis brings with it a kind of death. That death might involve the cessation of your old life, or it may be a very literal ending. Either way, you either deal with it or run the risk of being washed away by emotions you’re too afraid to face.

A positive mental attitude does not act as a cure here. At best, it offers a temporary reprieve, a place to escape for a time. But you can’t live there.

Cancer involves pain at every step. For those whose friends or family are afflicted, it hurts seeing them endure dreadful treatments. It hurts being unable to take action that might ease that pain. And for those with cancer, the disease itself hurts. The treatments very often do as well, and the side-effects can be extensive and nauseating.

But there is a pain here worse than all of those others: the pain caused by not acknowledging what is taking place.

Below are a few basic steps you can take to allow yourself to perceive parts of yourself you may consider off-limits as the result of a cancer diagnosis. Be positive, when you can, but remember that you won’t always feel that way. And remember - you’re not weak, a burden, or a failure just because you’re experiencing despair. Like fear, it’s only temporary.

Crying may seem difficult, particularly if you grew up in an environment where you weren’t allowed to show your emotions. But if you can access them and allow yourself to feel them, crying is free, it’s natural, and it works.

Male cancer patients in particular might struggle with this concept, but as a physical release, crying serves an essential role in processing your emotions. It’s a pressure-release valve of which you shouldn’t feel any shame in utilizing.

Be honest with your cancer support system

Talk to your family and closest loved ones, if nobody else. Those closest to you deserve to know what you’re going through. Let them know that you’re scared. Tell them why. Ask them what about your situation they fear. Connect.

That said, always keep in mind that there is a line between sharing thoughts and fears and using each other as a dumping ground for negativity.

Anyone who has been diagnosed with cancer, no matter how seemingly inconsequential, should undergo trauma counselling and other forms of cancer support. Coming to terms with what has happened begins here, and processing your trauma can improve strained relationships that will almost certainly be tested by diagnosis and treatment. It may also help stave off mental health issues that could crop up later, brought on by relapses or even remission

Meeting with others who suffer from the same conditions, either in person or online, will put what you’re suffering into perspective. It’ll also help you feel less isolated. Loved ones can offer support, but that support can come across as hollow during times of despair. It helps to reach out to those who know exactly what you’re going through, because they’ve gone through or are enduring it themselves.A cancer support group can be an invaluable asset.

The shock of a cancer diagnosis can knock all sorts of other issues loose. Left unresolved, these can impact your relationships and even your treatment. Depression is a very real, even expected risk, but so is the prospect of coming completely unmoored from reality as a result of untreated mental health problems. A therapist qualified in trauma recovery will be best positioned to direct you to someone who can help with your specific issues.

If you’ve been diagnosed with cancer, the best gift you can give yourself is permission to feel the emotions you are most afraid of. Despair, fear, anger, depression, sadness: these are inevitable. And they can be channeled into a positive attitude simply by experiencing them as they are. It takes energy to hold these natural feelings at arm’s length. Letting them wash over you and fade away without shame can give you more energy to heal—or to live the life you want with the time you have left. Either choice is equally valid, and either is better than going down fighting an inner turmoil you have created within yourself.

I hate knowing the people I love are hurting and it's because of my shit, these were great

This one really resonated with me too. It's so hard to keep a good attitude, knowing that my diagnosis is terminal. I am having a hard time accepting what's in front of me.

Feels great to know that my experience can help someone else. Thanks for reading, I really loved writing this piece.

Thanks for sharing this. I have been struggling with all of the feelings lately with trying to process my diagnosis but have really been put off by people who have done nothing but tell me to have a good attitude, keep my spirits up, etc. Well you try going through this with good spirits I want to say, but I don't. It's nice to know that other people are going through this too.