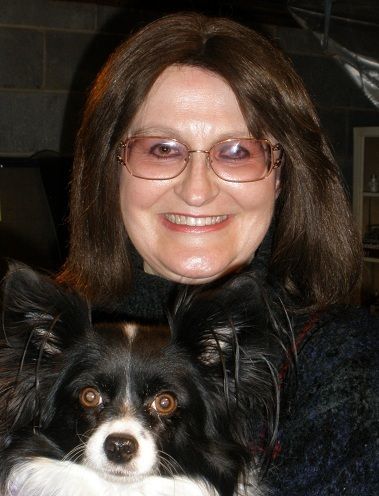 Many women think a cancer diagnosis means the end of beauty, but for me it meant the opposite. This is my story of how breast cancer gave me a new look.

Many women consider their hair to be their crowning glory. Mine was the bane of my existence. My whole life, it was thin, lifeless, and baby fine. I was a sucker for any product promising thicker hair with added body. Shampoos, conditioners, even vitamins—I tried them all with little result.

Then came my breast cancer diagnosis at 44. The year before, I had passed my first mammogram with flying colors. When I felt a small lump in the right nipple, it didn’t concern me initially; my horse had recently hit me in the breast with her head, and I figured it was just a bruise. But it didn’t go away.

My primary care doctor felt the lump and sent me for an ultrasound. The next day, during dinner, he called to deliver the news: it was a solid tumor. The room started spinning. Life with cancer had begun.

The breast surgeon recommended a mastectomy followed by chemotherapy, and then five years of tamoxifen. Reconstruction could start at the same time as the surgery.

After expressing fear about hair loss to my oncologist, she was blunt. “Hair grows back,” she said. At the time, I thought she was pretty cold. Later, I realized she was dealing with patients facing life or death on a daily basis. In the grand scheme of things, temporary hair loss is not that much of an issue if the treatment prolongs life. Hair grows back.

The information packet from the Cancer Center at Robert Wood Johnson Hospital recommended a good source for a hair prosthesis (the term used by insurance to cover the cost of wigs): Wig Illusions of Manalapan, N.J. I dreaded the idea of getting a cancer wig, even though my own hair was nothing special. At least it was mine.

The owner of the store was compassionate and knowledgeable. Every working day, she dealt with women going through this very personal crisis.

When she put a sample wig on my head, my attitude changed. Looking in the mirror, I saw the hair I always wanted. The hair all those shampoos, conditioners and vitamins promised but could never give me. Thick, luxurious, a mix of synthetic and human hair. That wig was pricey, but because it was considered a prosthetic, my insurance company paid for it.

One tip for those receiving chemotherapy. If your oncologist tells you your chemo will make your hair fall out, believe her. There are types of chemo that cause thinning rather than complete loss, but whether those types are suitable depends on your diagnosis. If your hair is destined to fall out, do not wait until it is coming out in clumps. Shave your head beforehand. Yes, it is distressing, but it is not nearly as bad as heavy shedding all over the place. That’s the advice the wig seller gave me that day, and she was absolutely right.

Another thing I quickly learned: Chemo doesn’t just remove the hair from your scalp. All the hair on the body falls out. That includes eyebrows and eyelashes. You may not appreciate how much eyebrows define your face until you lose them.

I’d been wearing contacts for many years, but knew they would only draw attention to my naked eyes. After discussing my dilemma with an optician, we decided my best bet was large-framed glasses with tinted lenses. This style was not the height of fashion at the time, but it served its purpose.

It had been a while since I used eyeliner, but it was necessary for definition and disguising the lack of eyelashes. Filling in what was left of my eyebrows with dark powder was relatively simple and natural-looking. With my new, gorgeous dark hair and large tinted frames, I now bore a strong resemblance to Jackie Onassis.

But I didn’t stop there. During chemo, cancer wig shopping on eBay became a favorite pastime. I spent far too much money on a variety of wigs. None of them were as lovely as the cancer wig paid for by my insurance company, but they offered a lot of variety.

Some of those wigs were sort of cheesy, but they were fun. Depending on my mood, it could prove a blond, brunette or redhead day. Long, short, curly or straight, changing my persona was as simple as flipping my wig. There are a ton of great wigs for cancer patients - you just need to ask.

My hair wasn’t the only thing that cancer changed. My surgeon explained that because my breasts were small, he would have to cut away so much tissue that a lumpectomy would cause the breast to appear disfigured. Some of my friends tried to talk me out of getting a mastectomy, but I never really gave it a second thought. That breast betrayed me, and I could never trust it again. It turns out my instincts were right: Besides the primary tumor, the pathologist found a minute tumor in the breast after amputation. In a few years, that tumor would have resulted in another breast cancer diagnosis and a definite need for a mastectomy.

When my plastic surgeon suggested I might want larger reconstructed breasts, my first reaction was negative; I wanted my body to look the same as it did before. My second reaction, a few seconds later, was: “Am I nuts? Why not go a little bigger?” No regrets there. For the first time in my life, I had cleavage!

Some people eat when stressed. Instead, my appetite disappears. Already naturally slender, I ended up with a tiny waist and new-and-improved boobs. While generally taking my shape for granted, it turns out I now had the body I always wanted, too.

One of my dearest friends—an actress who appeared regularly in soap operas—is absolutely gorgeous. When we were out together, heads turned everywhere she went. Before my diagnosis, men paid no attention to me when I was in her presence, but that went with the territory. Their reaction to her became sort of a vicarious experience for me.

However, with my new look courtesy of chemo, and my new confidence courtesy of my wig, people no longer saw me as an average-looking middle-aged woman. More than one person paid me the classic American compliment: “You look like a movie star.”

If you’re new to the cancer journey, you must acquaint yourself with the language of cancer and learn to digest all of this new information very quickly. It’s a daunting and scary task. Feeling overwhelmed is perfectly natural. My advice: Allow yourself a brief pity party, then do what you can to make the best of your experience.

The opportunity infront of me.

This period of loss, change and fear is also an opportunity to recreate yourself. Instead of mourning hair loss, remember that it grows back. If it feels right to you, experiment with wigs, hats, scarves, and/or makeup. Cancer is frightening, but it’s also an intense discovery process about yourself.

Those who have not been afflicted with cancer often tell patients how brave they are. They mean well, but cancer survivors know that’s not really true. These are the cards you’re dealt, and you don’t have a choice.

My hair did eventually grow back. At first, it was curlier and thicker, but soon reverted to its former unimpressive appearance. Some women ditch those chemo wigs as soon as possible. Not me. It still represents the hair I always wanted, and remains my go-to choice for special events. My now-grown daughter and her fiancé held a small outdoor wedding during the pandemic, and the mother of the bride received lots of compliments on her hair. 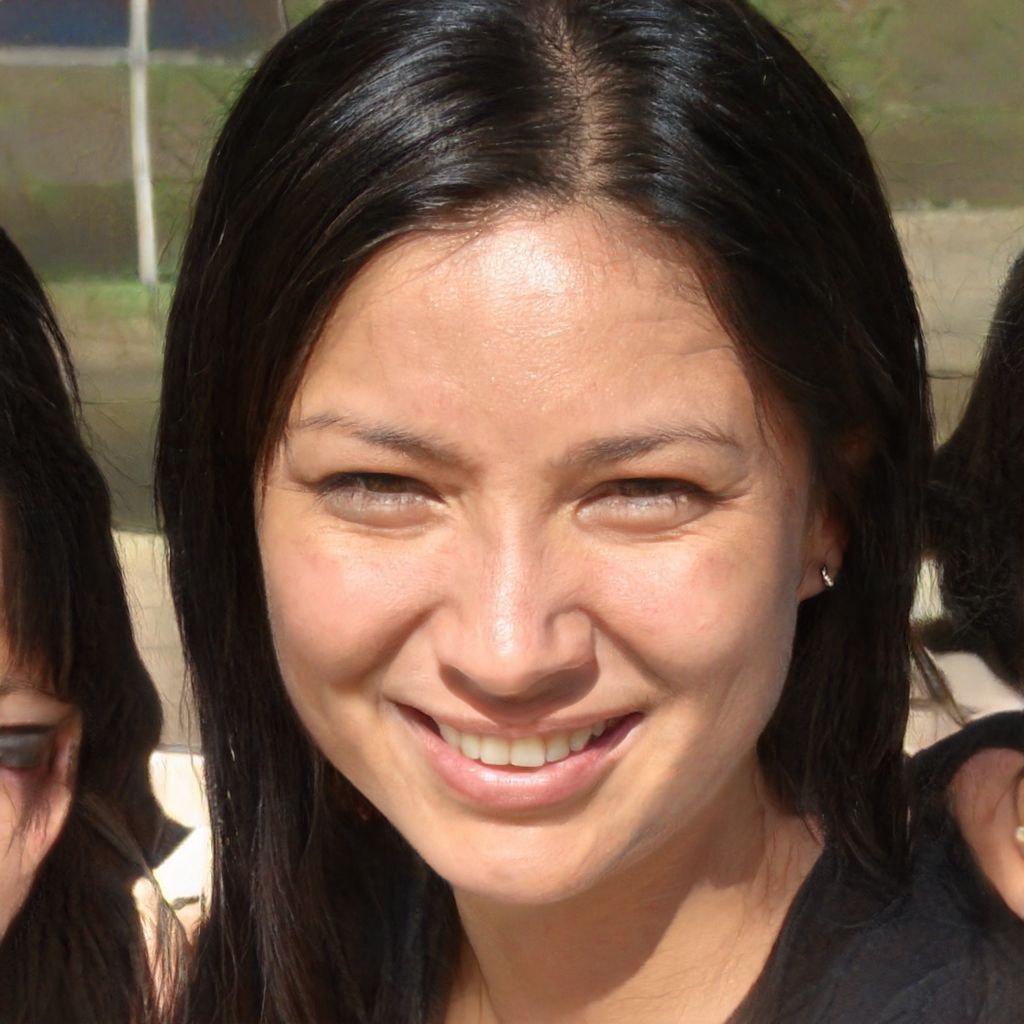 ❤️ ❤️ ❤️ ❤️ This is an inspiration, needed to hear this today. Love it when there is a bright side in all of this.